Snow Patrol and me (and Cupcake!)

14 Jul Snow Patrol and me (and Cupcake!)

It happened. The meet & greet with Snow Patrol really happened. Did it happen?

Originally, I wanted to wait with this post until I got some more pictures from the other meet & greet winners, but I just had to write this now before the memories will start to fade! I’m afraid that in another month or so it’ll be like Snowparole – who? (:

I was beyond excited. So much so that I almost broke my last remaining lomo camera by simply holding on to it too tightly. To stay true to my lomo heart (and of course to attract some attention) I brought my Diana together with the spectacular journalism-of-the-50s flash. And for the first time ever, I also used the instant back that you can attach to any Diana F+, turning it into a very cool Instant camera. I put the instax pictures together in a collage above, for they are only creditcard-sized. The originals are way better of course (and currently hanging on my wall for me to keep swooning over).

Getting ready in the bath.

And suddenly there they were…the gang 🙂

I had a few grammatically correct sentences ready, but none of them came out. I grew more self-conscious by the minute, my cheeks were constantly flushed and I couldn’t care less. The sensation was simply too great. Their accents did funny things to stomach and I was grinning like mad.

Heart Boom Bang. Sorry, band, what did you just say?

Eventually, being in one room with them felt like being in a pub they just happened to enter. Instead of Guinness, they shared signatures with us and engaged in a bit of small talk, funny anecdotes about American (pseudo) fans and – of course – football. The obligatory photo session afterwards was just cracking.

In the photo collage above, there’s me in the top left picture, squeezed in between bass player Paul and Mr. Snow Patrol himself, practically joined at the hip lol. Underneath is an experimental shot of my wonderful Cupcake who joined me in Hamburg after overcoming outrageous obstacles to (finally) get there and on the bottom right is a picture of the band with the reporter who interviewed us before and after the event and who got quite infatuated with the guys herself.

It was all so down to earth that sitting in the concert arena together with thousands of other fans felt kind of surreal after the meet and greet. And that’s when it really hit: of all those people around us, we just got to meet these amazing musicians.

Yet, they were incredibly close to the audience, did a brilliant performance, were wickedly funny in between and had a fantastic stage show. In the end (or rather, right from the beginning) you couldn’t help but feel that they pour their heart’s blood into their music. The music wasn’t just live, it was by all means lived.

One of my personal highlights (besides the incredible performances of all of my favourite songs) was the spontaneous striking up of the song How to be dead due to a rather persistent fan. He or she even brought the lyrics along which were handed to Snow Patrol’s lead singer, in case he couldn’t remember the words. The song really is an older one and rather unknown here, but they ended up playing half of it anyway and I couldn’t have been more surprised, because How to be dead was my very first Snow Patrol song. It all started there.

And then, of course, there was Chasing Cars. I’m not a huge fan of Chasing Cars, it’s just been played one too many times on the radio. But once the first tunes started, it gave me the shivers. It was definitely the emotional highlight of the show, incredibly beautiful and utterly vibrant (though closely followed by New York, This isn’t everything you are, Hands open, Chocolate, Shut your eyes…well, all of them really…).

…last but not least, some snippets:

(Both videos by Wings4Living1, much appreciated!) 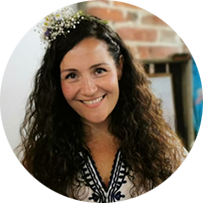